What is the Spatial Web?

Until now, the Web has always been accessed through screens (desktops, laptops, and mobile devices).

Web 1.0 was the first generation of the Web consisting of simple static sites and search engines which gave rise to AOL, Yahoo, GeoCities, and Google.

Web 3.0 (also known as the Spatial Web or the real world web or the metaverse) is just getting started. The Spatial Web is bringing Web content, spatial apps, and user interaction into the physical world around us via AR (augmented reality) using mobile devices and glasses such as Hololens, Magic Leap, and Nreal as well as via VR (virtual reality) devices such as Oculus and Vive.

Our XR Cloud and XR Browser allow users to permanently "attach" digital content and spatial apps to physical addresses or lat/long coordinates and interact with them on any device (AR & VR). Our AR Browser includes mapping, spatial messaging, RTC, and co-presence while our VR Browser lets users teleport or holoport to any address and interact with digital content, spatial apps, and users in the physical world. In addition, our spatial messaging / MMO platform is built on MQTT (an IoT protocol), allowing billions of humans, robots, IoT devices, and digital content and spatial apps to communicate with one another and share presence and location within a given vicinity. 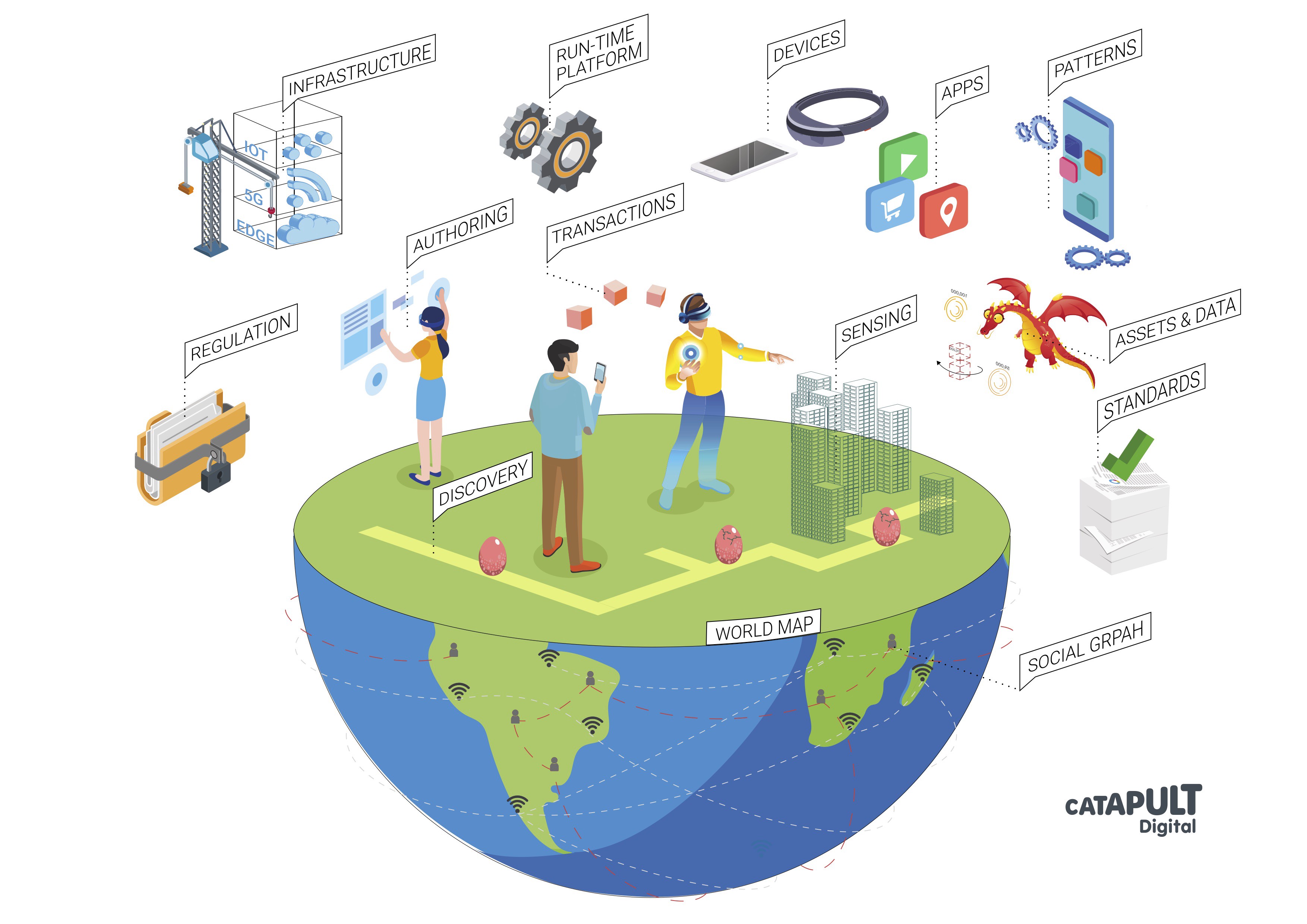 Simply add our spatial.json file to your existing website and we'll continue to crawl your site and add your locations and content to the XR Cloud.

The world is your Web page. We add content from your website and/or our developer API to the Spatial Web accessible via our XR Browser.

Our WebXR-powered VR Browser lets users teleport to an address or lat/long coordinates to interact with digital content, apps, and users physically present at the location.

The Internet of Everything (XR, IoT, Robotics, AI, etc) is here and you can start experiencing it now. Get Started

Add your business locations to the XR Spatial Web in 3 easy steps.

Answer the following questions and download our pre-configured spatial.json file.